I have been wanting to build a cheap cemetery fence for quit a while, and I finally got around to it.  The idea was to build an 8 foot section from a 2x4.  The picture below shows a single 2x4 ripped into top and bottom rails, and 4 8' pickets to cut the final pickets from. 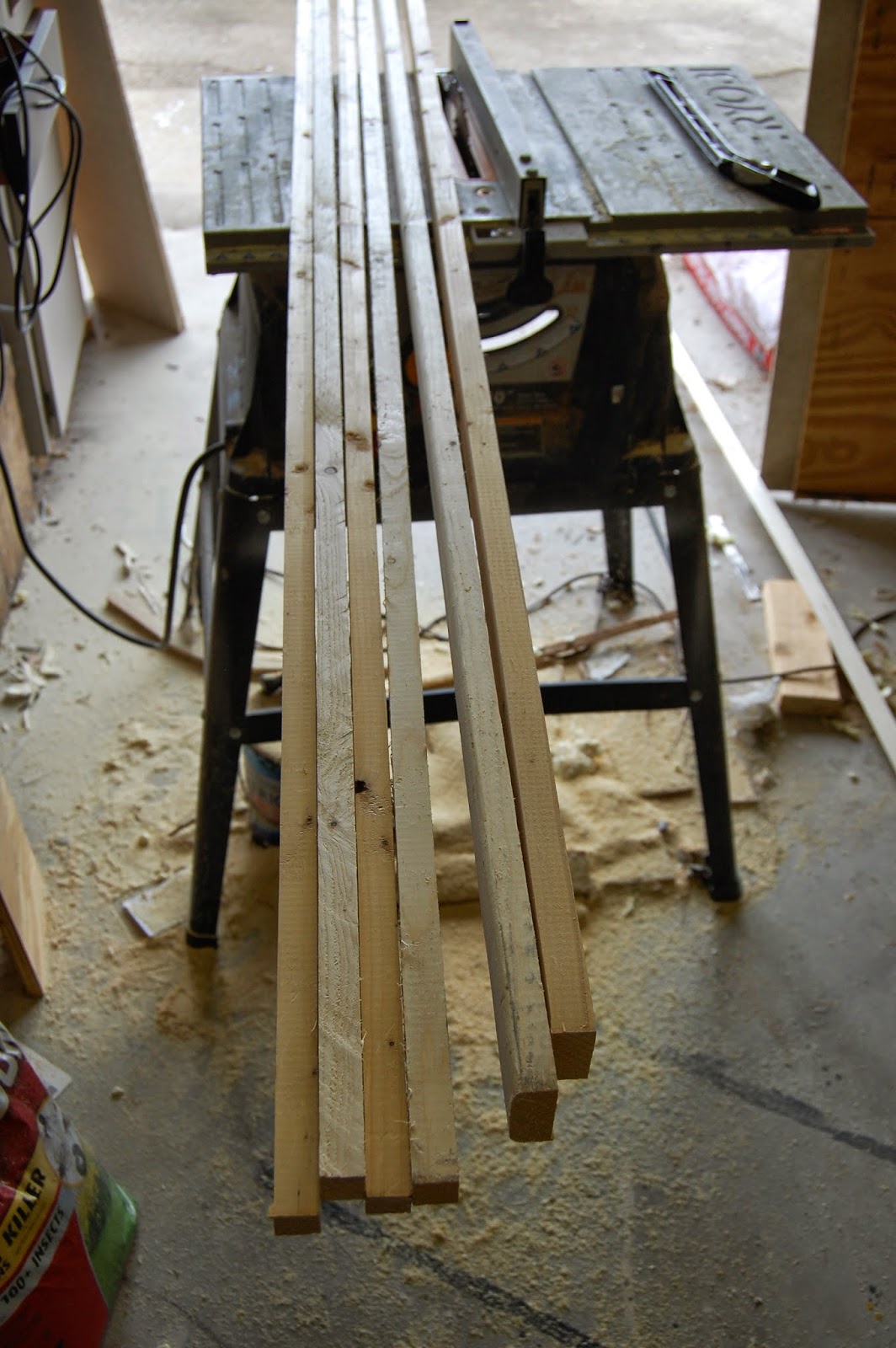 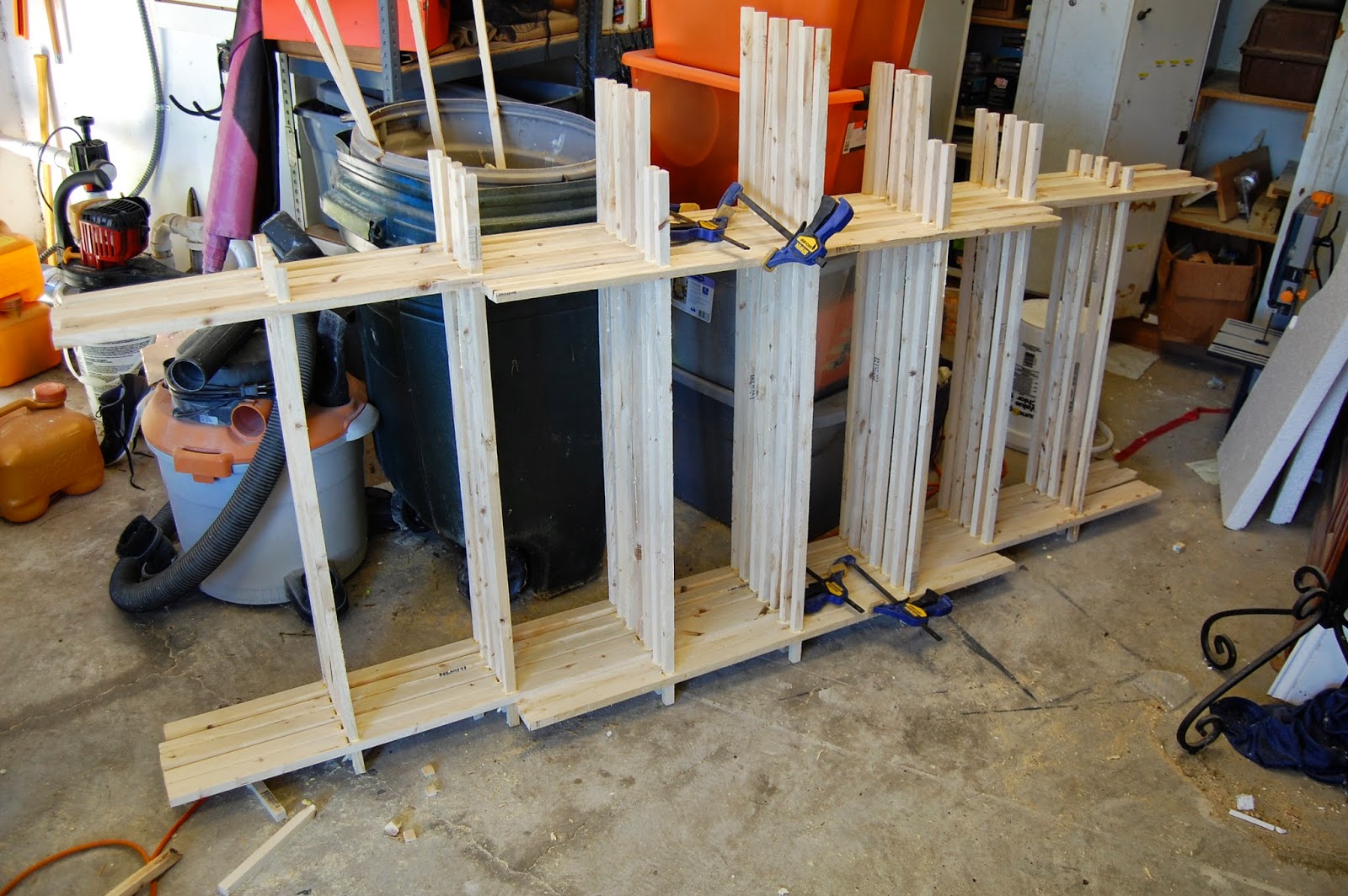 Then I cast finales and post caps, since 41 finales would cost a lot to buy.  I used 1:1 mix of silicon caulk and cornstarch to build molds for some small skull heads, and larger ghoul head I had picked up over the years.  Since I had so many to make, I cast the skull heads in plaster.  When they were set, I drilled 3/8" hole in the bottom of each, and glued in a 2" piece of 3/8" dowel.  Then I dipped the whole thing in polyurethane, then painted flat black finished with a dry brushing of metallic copper acrylics. The post toppers were cast in paper mache paste, and finished the same as the skulls.

The fence posts are built from 1 1/4" PVC.  3/8" dowels glued into the end of the rails are inserted into holes in the PVC posts.  Some pictures of the finished fence sections are below. 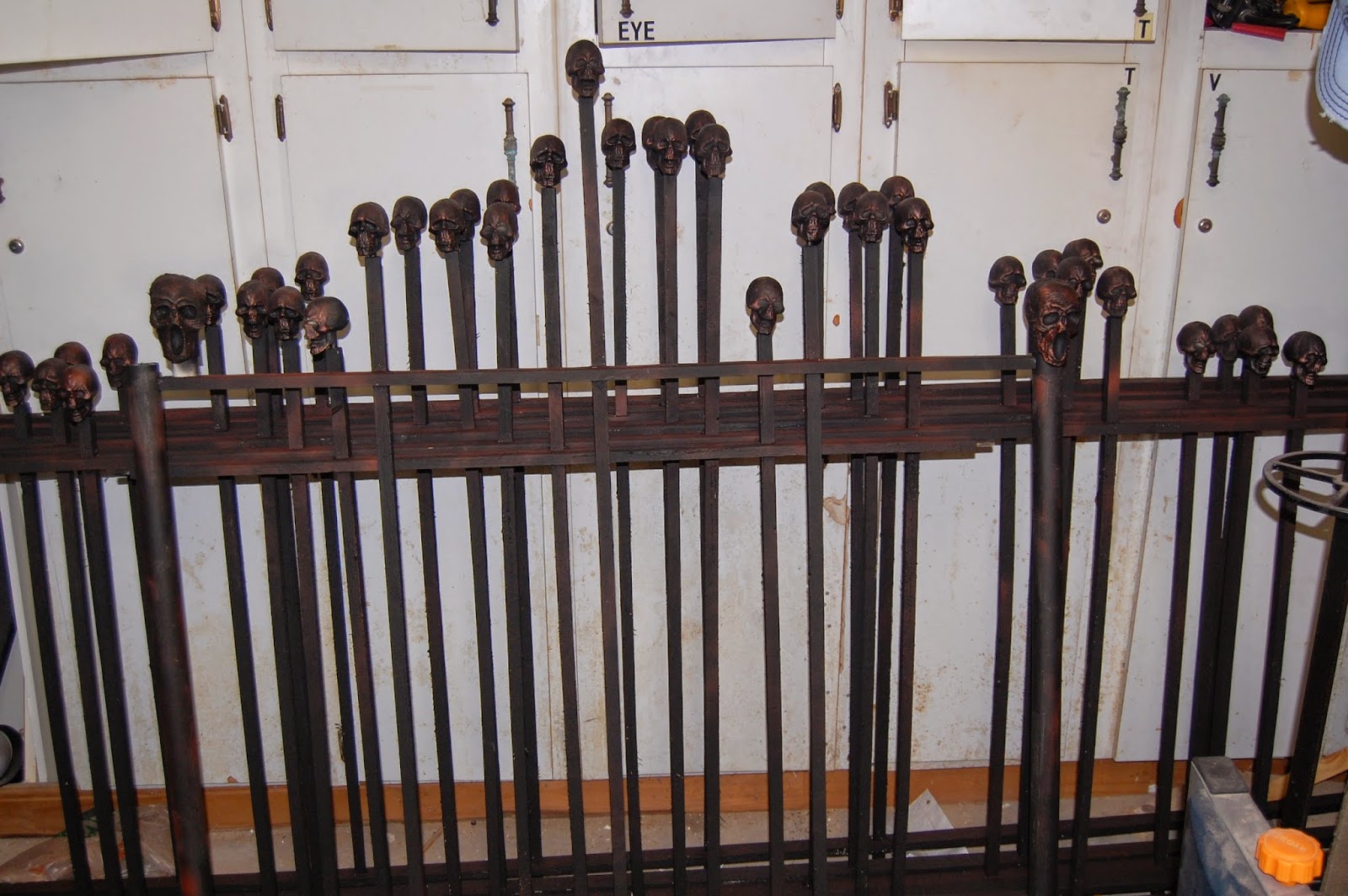 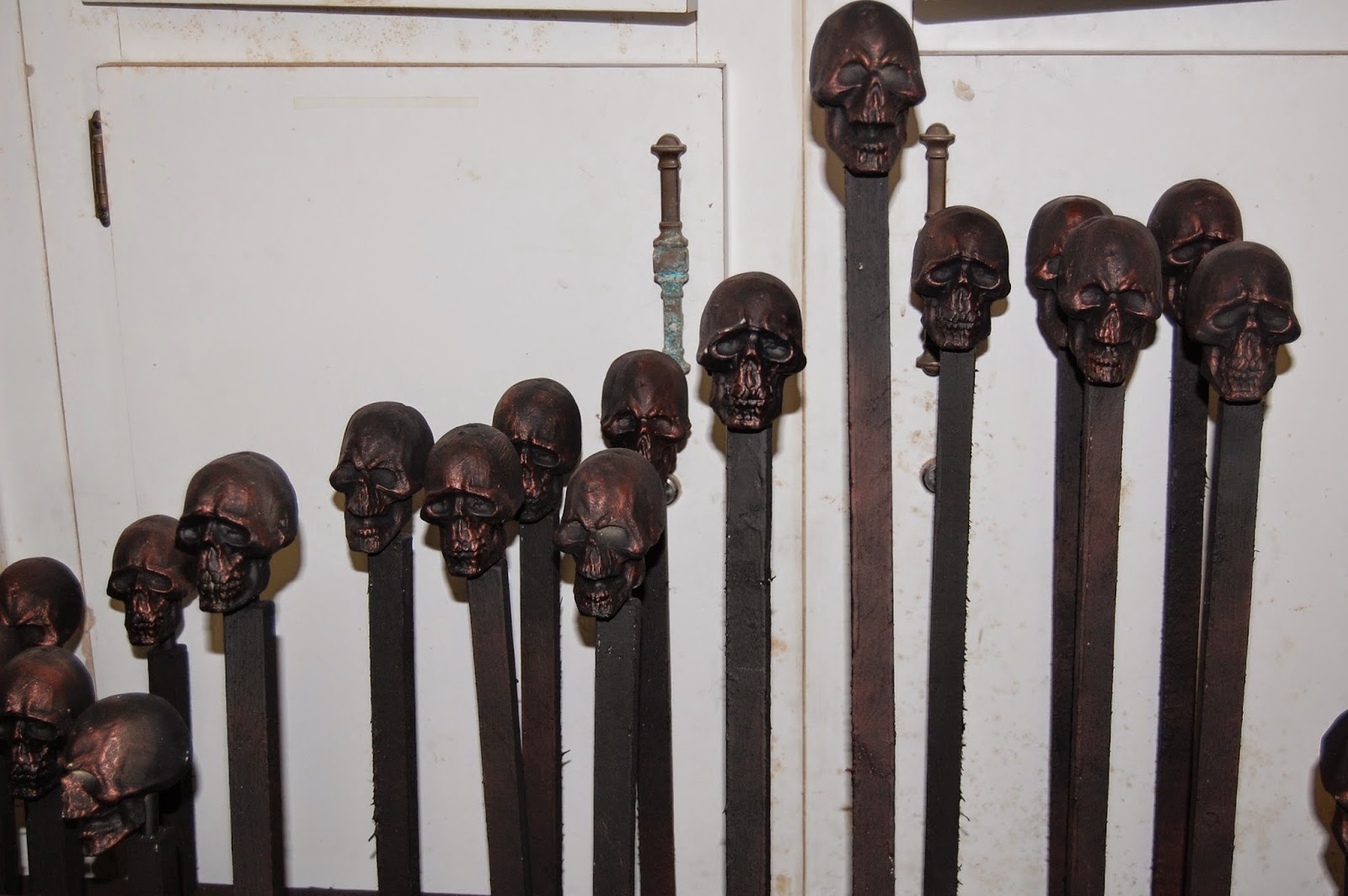 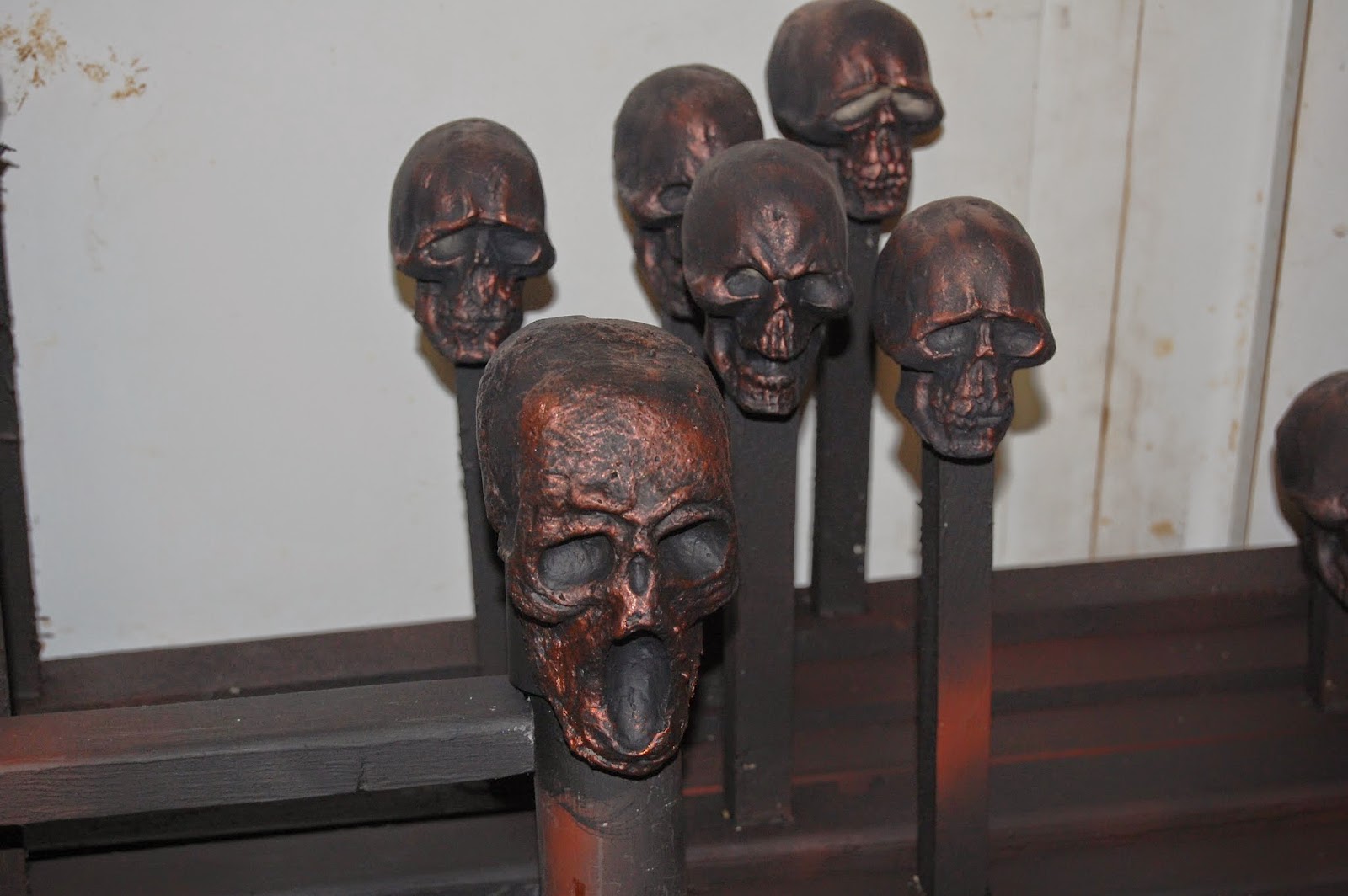