Hi everyone.  Latest take on Ghosts is a ghost tombstone popper.  In the video below I show the ghost popper under black light and in action, and I detail how I made the popper.  The main features of the popper are: 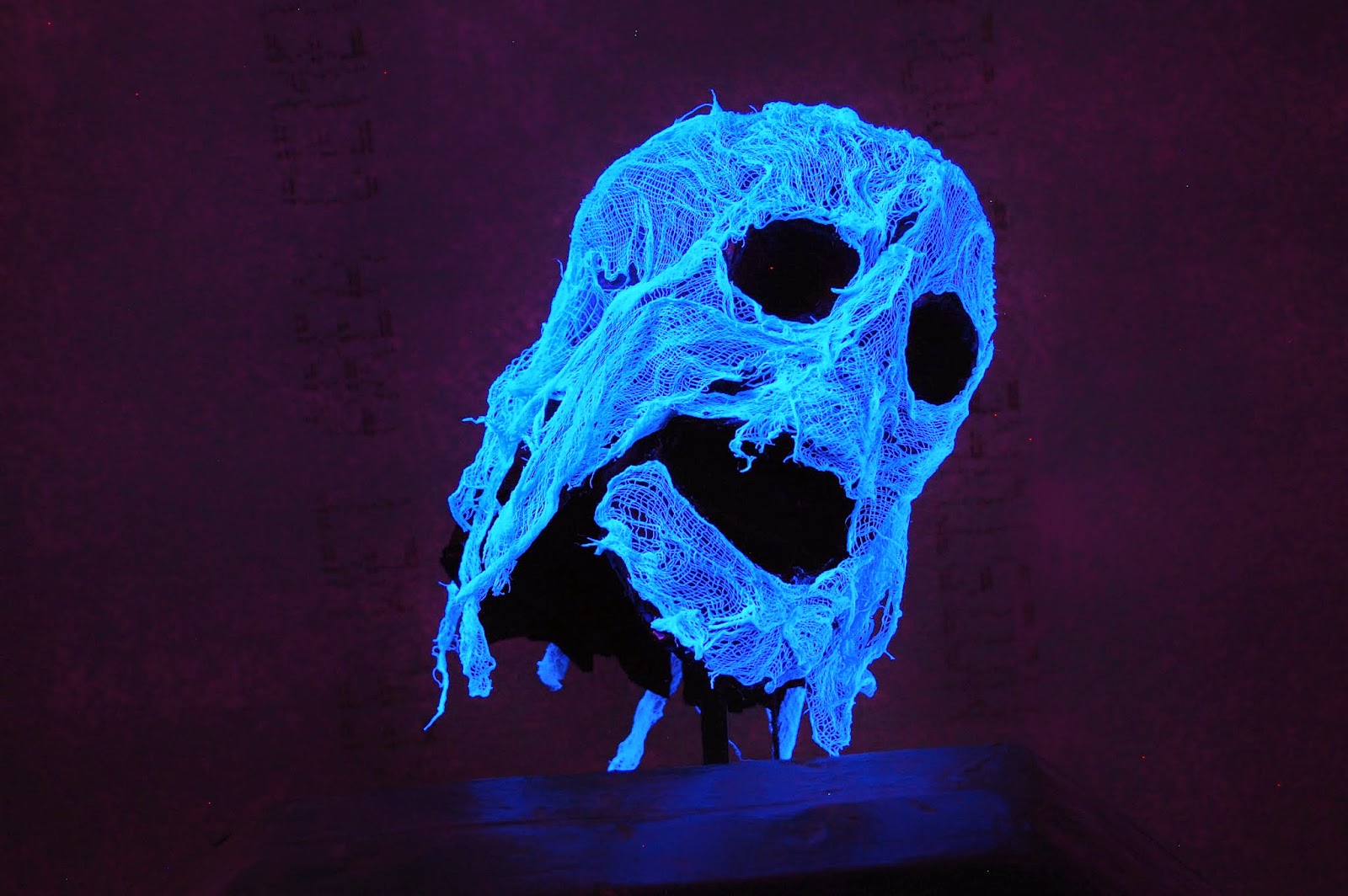 Hi everyone, I FINALLY got some time to work on props.  This blog will show the rest of the Murdniwg tombstone.  Next project will complete the ghost tombstone popper I was not able to complete for the HauntForum contest.  First, some pictures of the tombstone, followed by a video of how the rocker works.  Sorry to be brief, I have lots to do at the moment :) 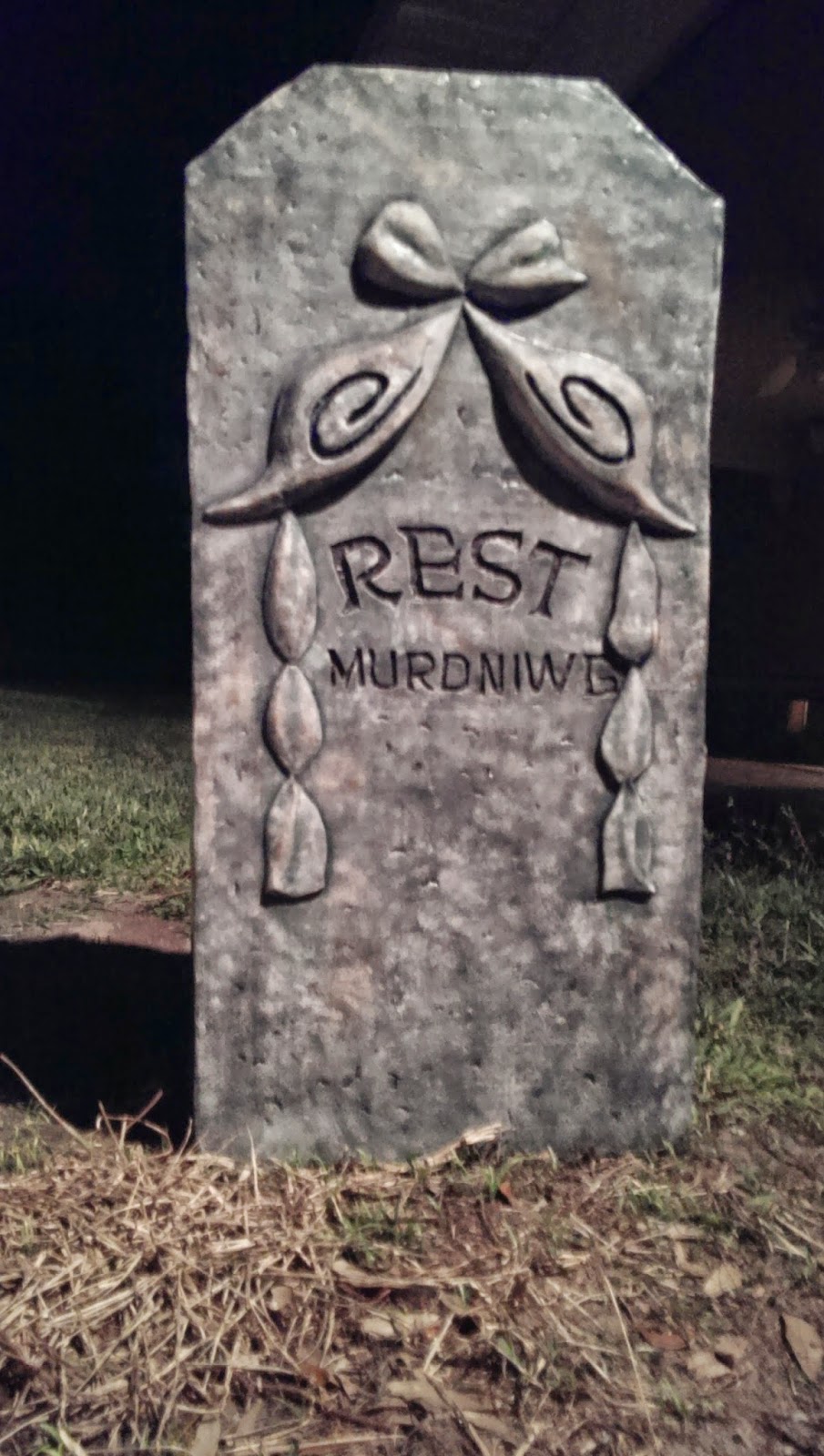 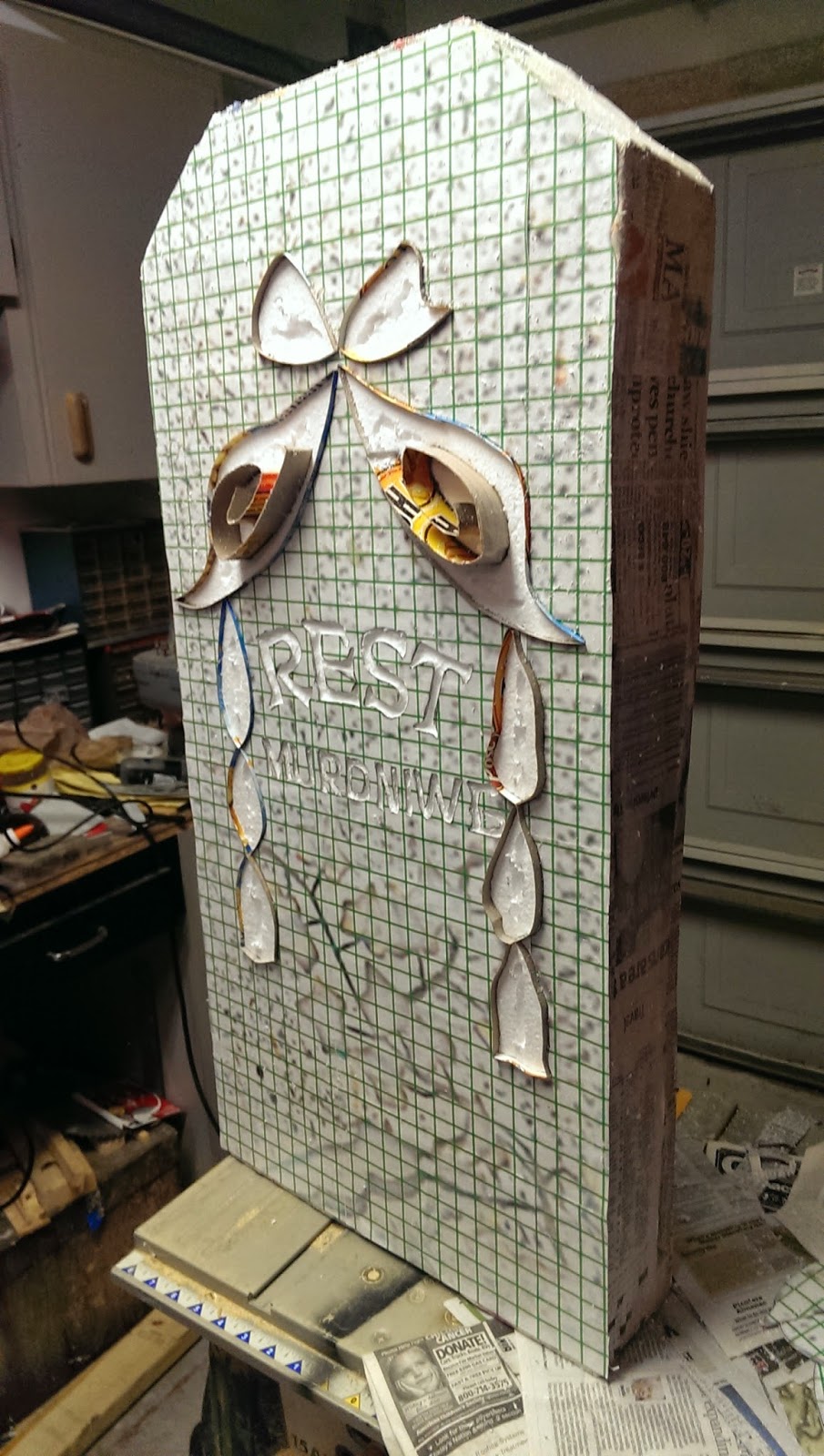 I have recently started visiting Disney World and the Haunted Mansion as much as I can (season passes are great), call it my way of decompressing from life and work. This past Halloween I introduced the Haunted Mansion into my yard haunt by using various versions of Grim Grinning Ghost (as done in the ride), and decided that I wanted to pay tribute to the Mansion graveyard scene (in the ride, not outside) in my haunt. First step was to recreate elements of the graveyard, so I showed up early so I could 'document' the graveyard, and I was really surprised when I studied the pictures and found out that there were only a few tombstones used over and over throughout the graveyard. A little research starting with some links from the Haunted Mansion thread at HalloweenForum, and I found out that the tombstones have been referred to as the nine old men, a tribute to Disney's original animators. I built my own collage using pictures I took: 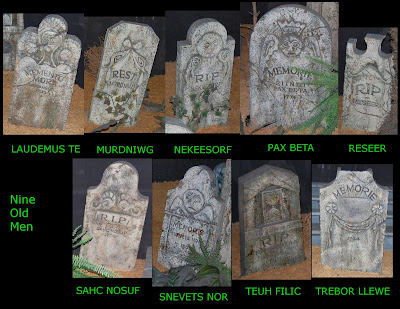 Flash really flattens the depth of the tombstones, the best I have found to show the depth, and some of the movement are a couple of youtube videos taken when they had to turn the lights on: The first stone I will recreate is the Murdniwg stone: 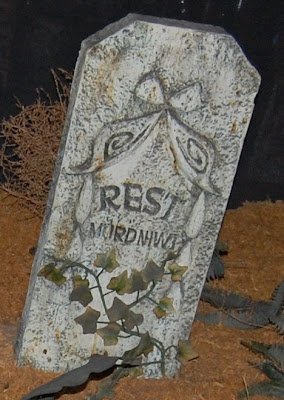 I used one of the pictures in Gimp, performed an edge detect, skewed, and overlaid a graph to build a template: 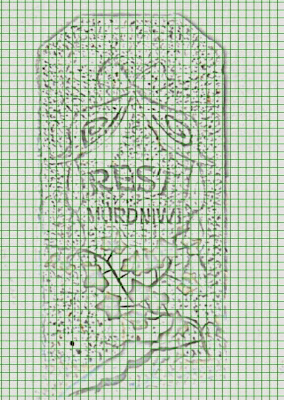 Once this was done, I scaled it to be 36" tall, then printed it out using Microsoft Paint. Paint is good because it allows you to print to scale on multiple sheets, which you can tape together to make a scale template. 2 inch foam will be used for the form, and papier-mâché for shell. More to come!
Posted by heresjohnny at 9:55 PM No comments: