I am beginning construction of a new ghost, based loosely on the phantoms from Scooby Doo.  A lot of thought went into the design which I was initially going to build for the Haunt Forum $20 prop contest, so I thought I would post the sketches I will be using to build the ghost.  This will attempt to use an internal crank and lever mechanism to introduce a variety of motions that will be reliable and easy to maintain.  The first sketch are the various positions of the ghost from the Scooby Doo video. 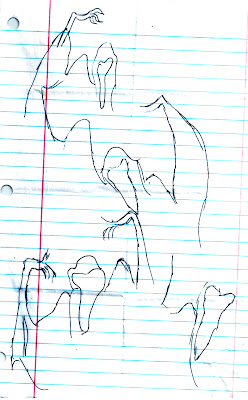 In the following sketch is how I hope the final ghost appears, and the basic movements.  The head will move up and down from the shoulders, the head will turn back and forth, and the shoulders will rock to introduce the arm movement. 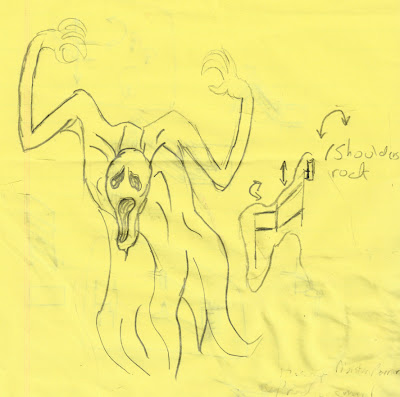 The following 2 sketches detail the mechanisms, at least enough for me to build it.  I will attempt to have the eye and mouth shape change, and may also add finger movement. 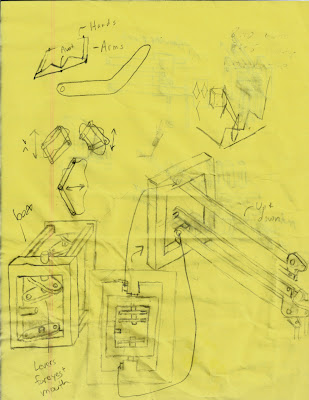 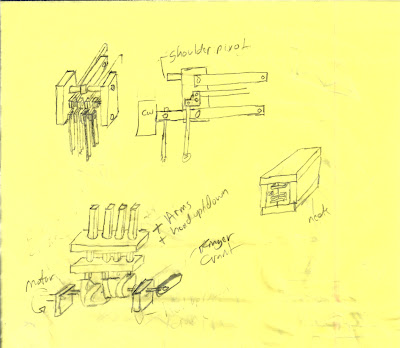 More to come, thanks for reading.
Posted by heresjohnny at 11:32 PM